Why Is Columbus Called The Fountain City? Here's A Few Reasons Why

COLUMBUS, GA: The city of Columbus is a unique place. It is a community that is filled with urban glory, but also home to natural beauty. The history of the city is a mixture of both elements. The iconic waterways of the Chattahoochee River allowed the city to develop and grow at an exponential rate following the Civil War. Today Columbus is known as the Fountain City, but few actually pay attention to the iconic fountains that give Columbus its unique nickname. Our photographers went out and caught glimpses of a few of the cities hidden and well known fountains. 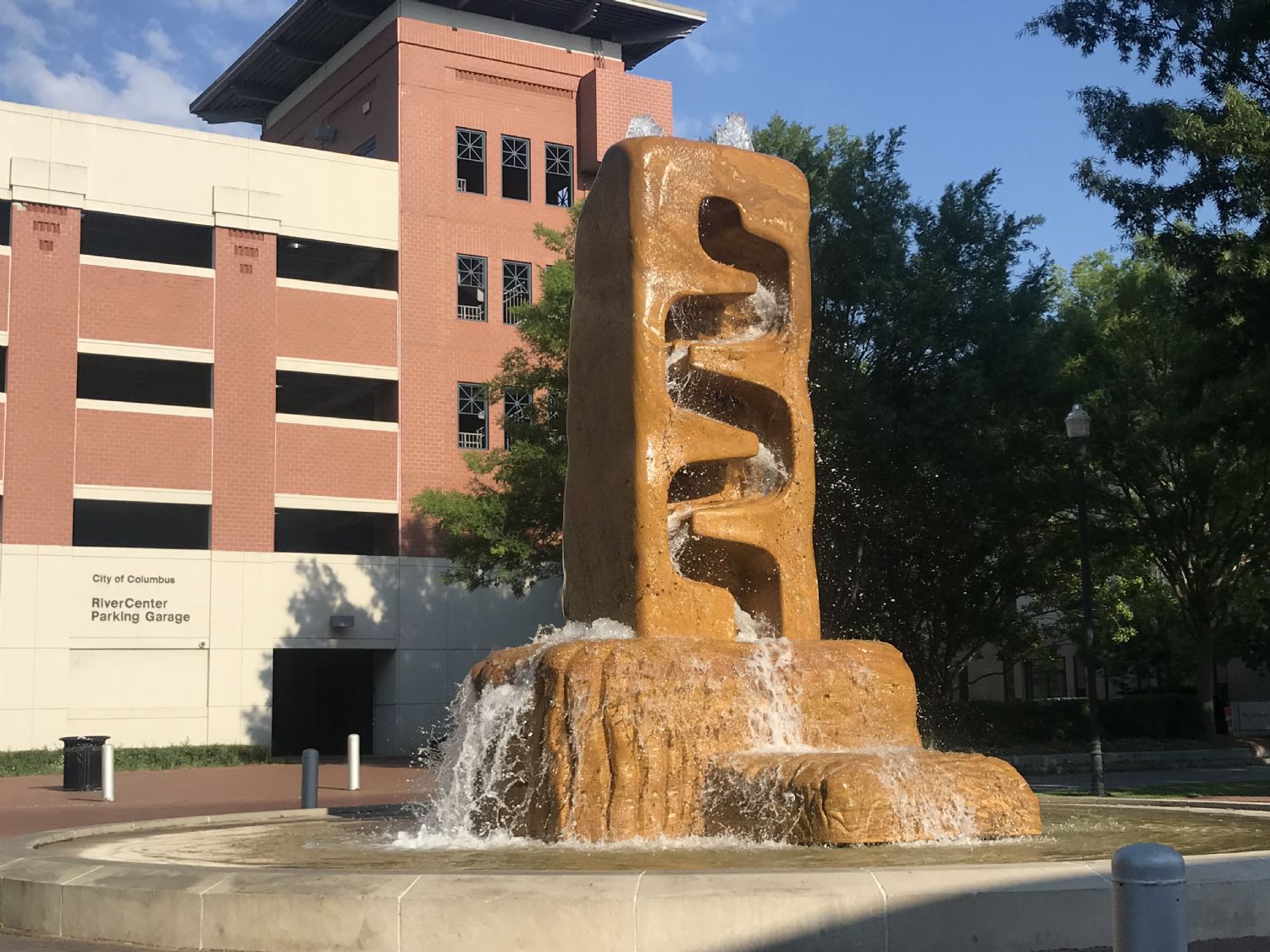 This is one of Columbus’ most iconic fountains. It sits in the median of Broadway in front of the Rivercenter for the Performing Arts. 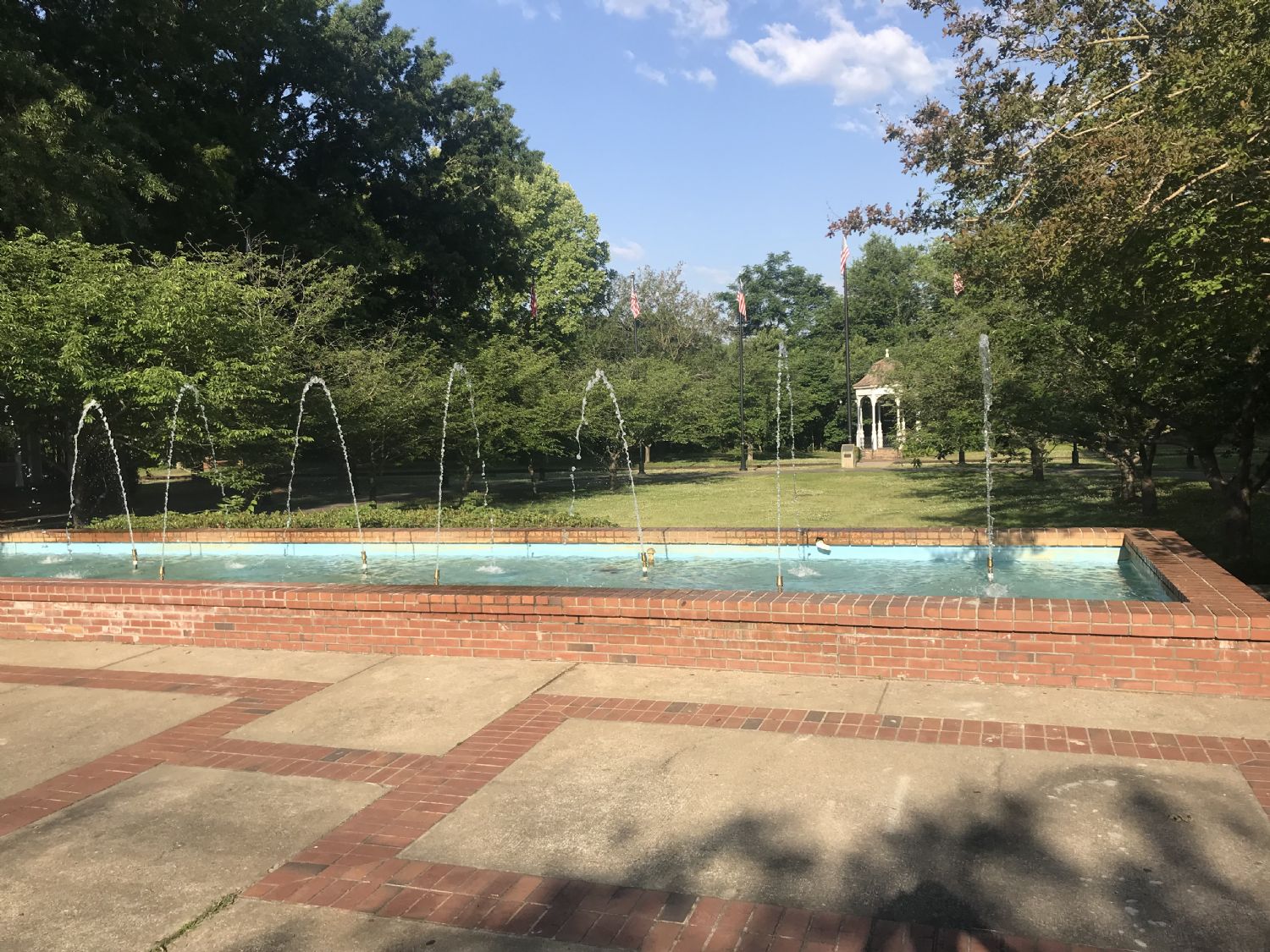 This beautiful fountain is located in the Chattahoochee Promenade on Front Avenue in between the historic district of Columbus and the Coca Cola Space Science Center.

An often-overlooked fountain lies in the median of Historic Broadway in Columbus near W. 7th Street. 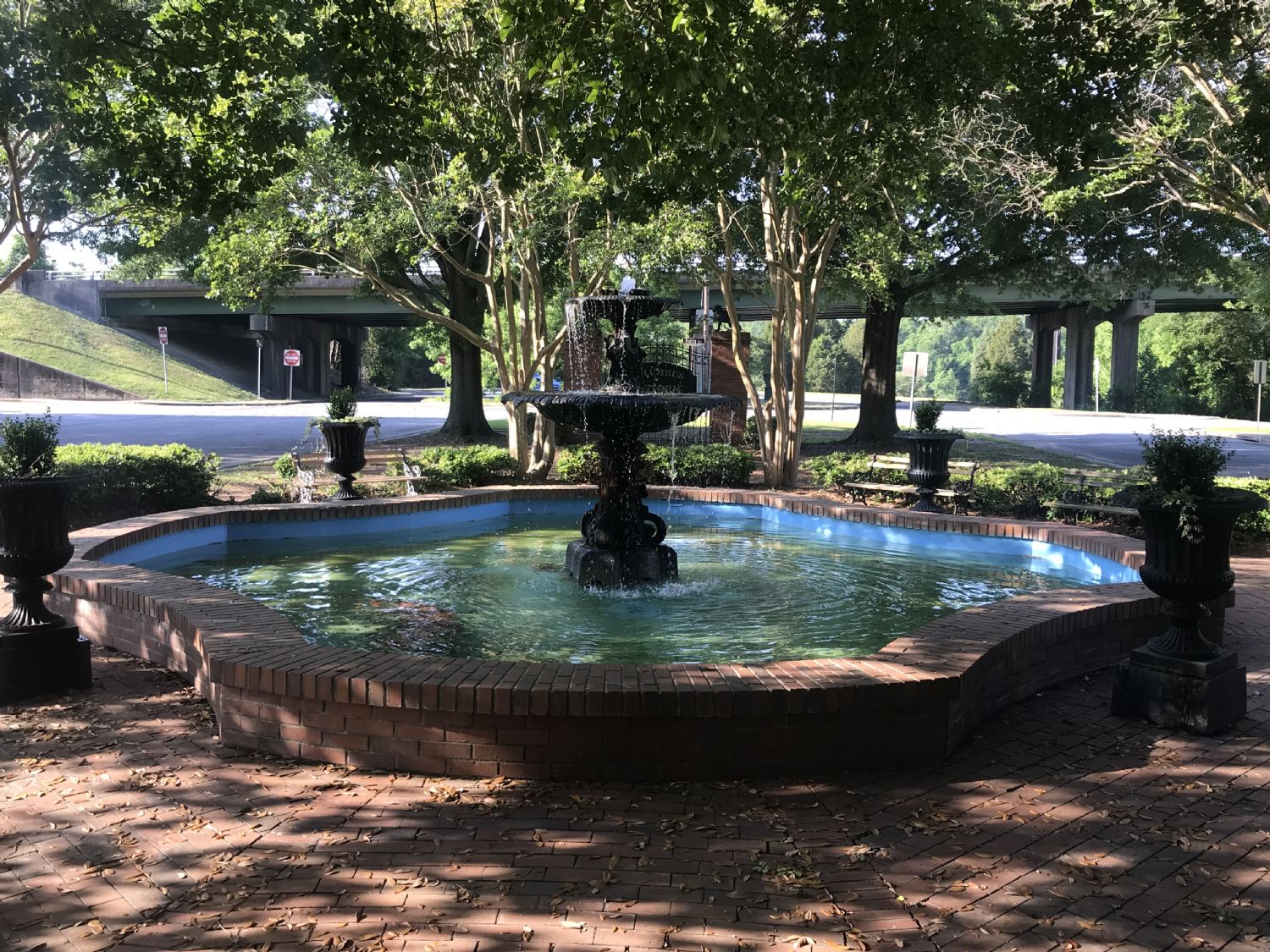 A well hidden gem lies at the intersection of Broadway and 4th Street just feet away from Golden Park in Columbus’ Historic District. 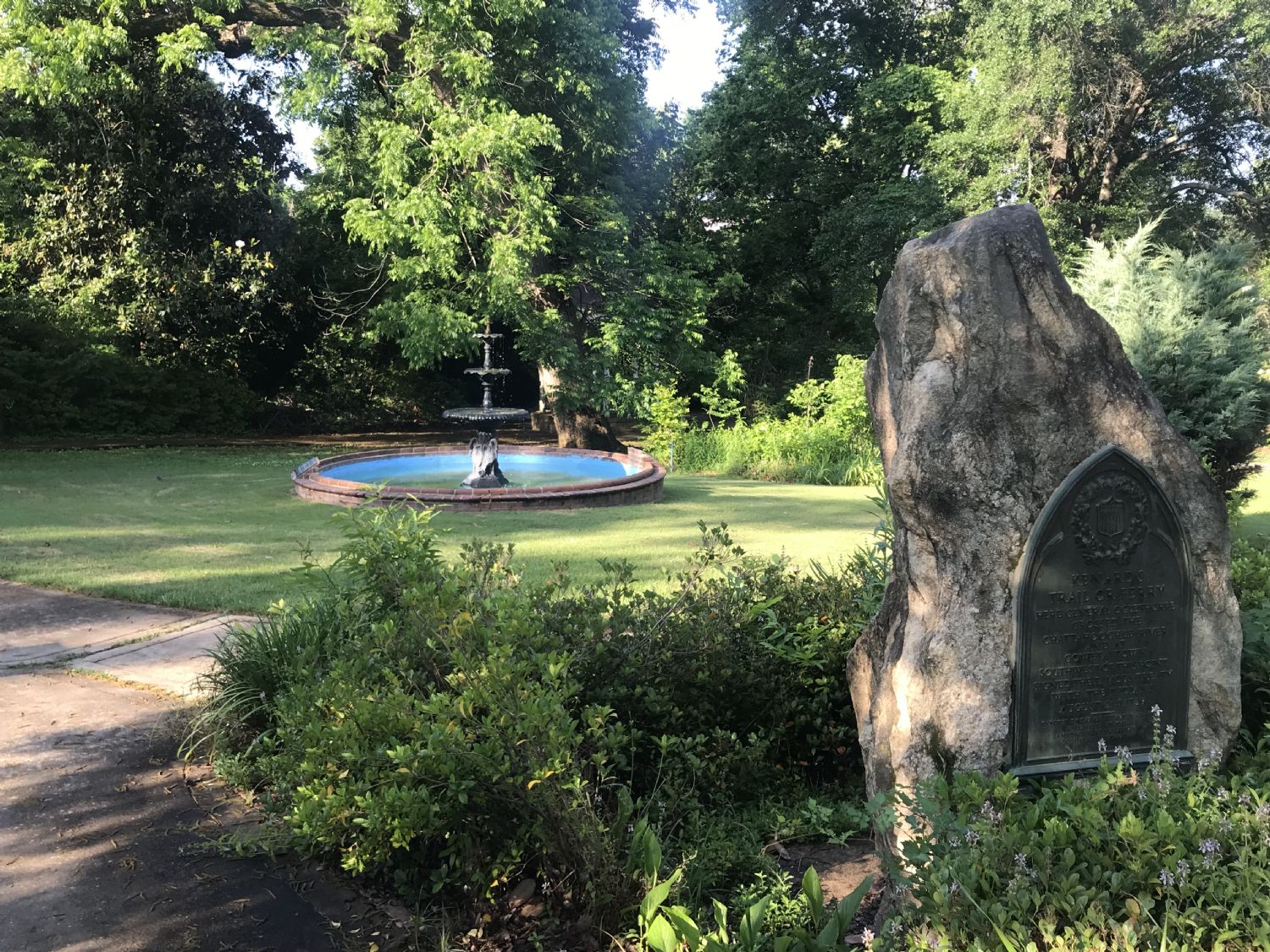 Often forgot about located on W. 5th Street near the Riverwalk lies this gem of a park and beautiful historic fountain in Uptown Columbus. 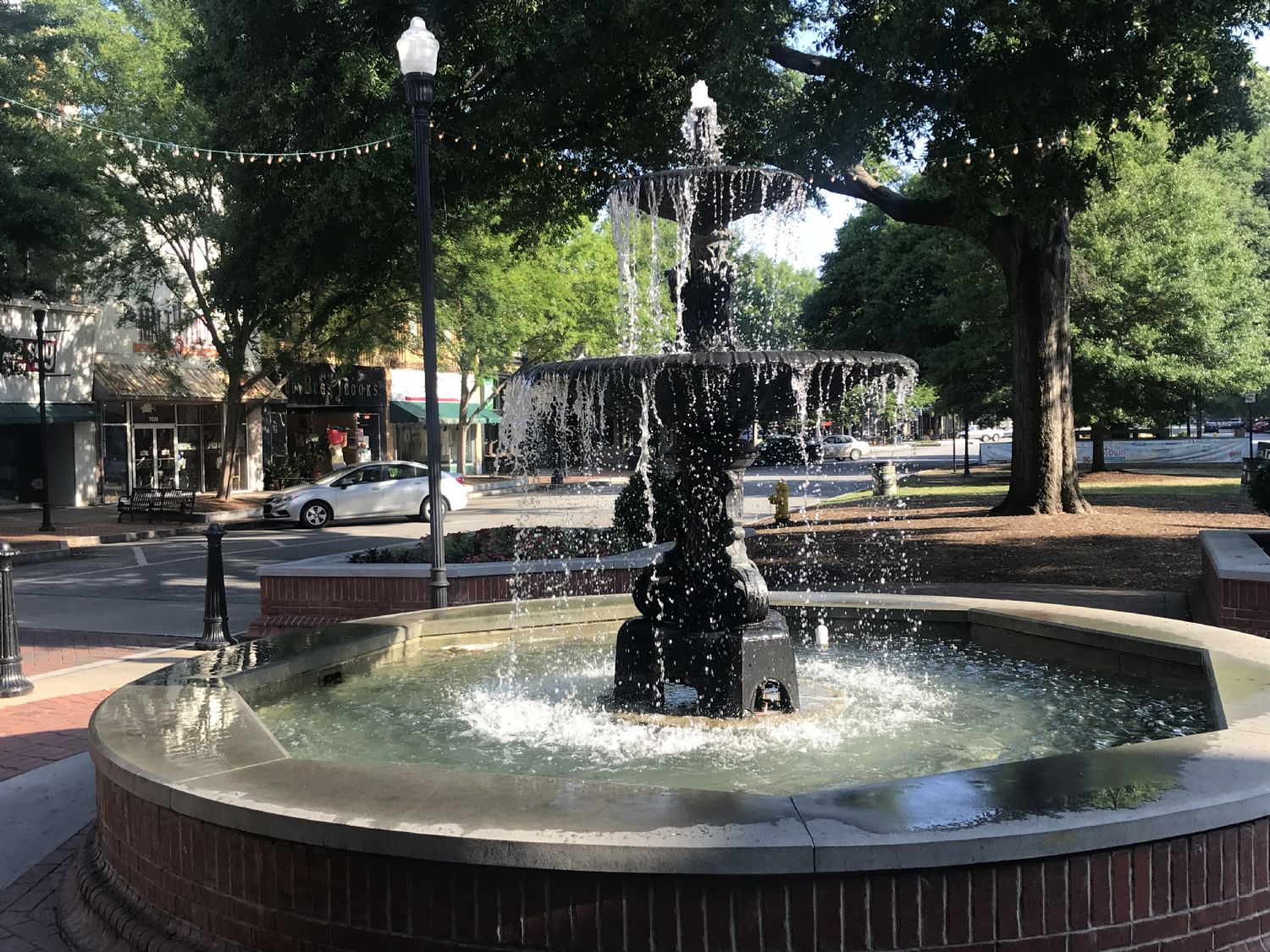 This beautiful fountain is often viewed by visitors to the vibrant 1000 block of Broadway in Columbus. 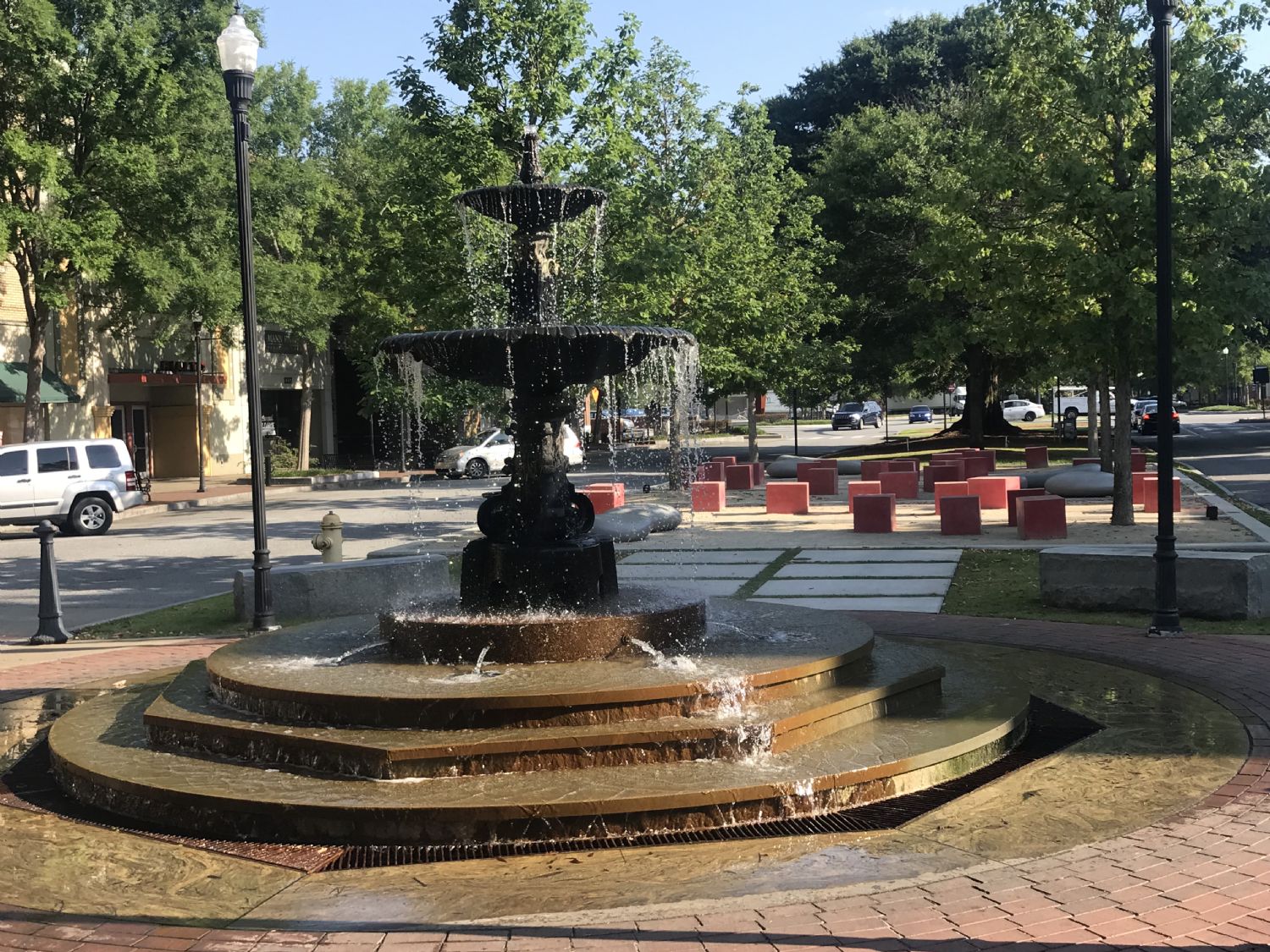 Another beautiful Broadway fountain lies in the 2400 block between 12th Street and 13th Street. 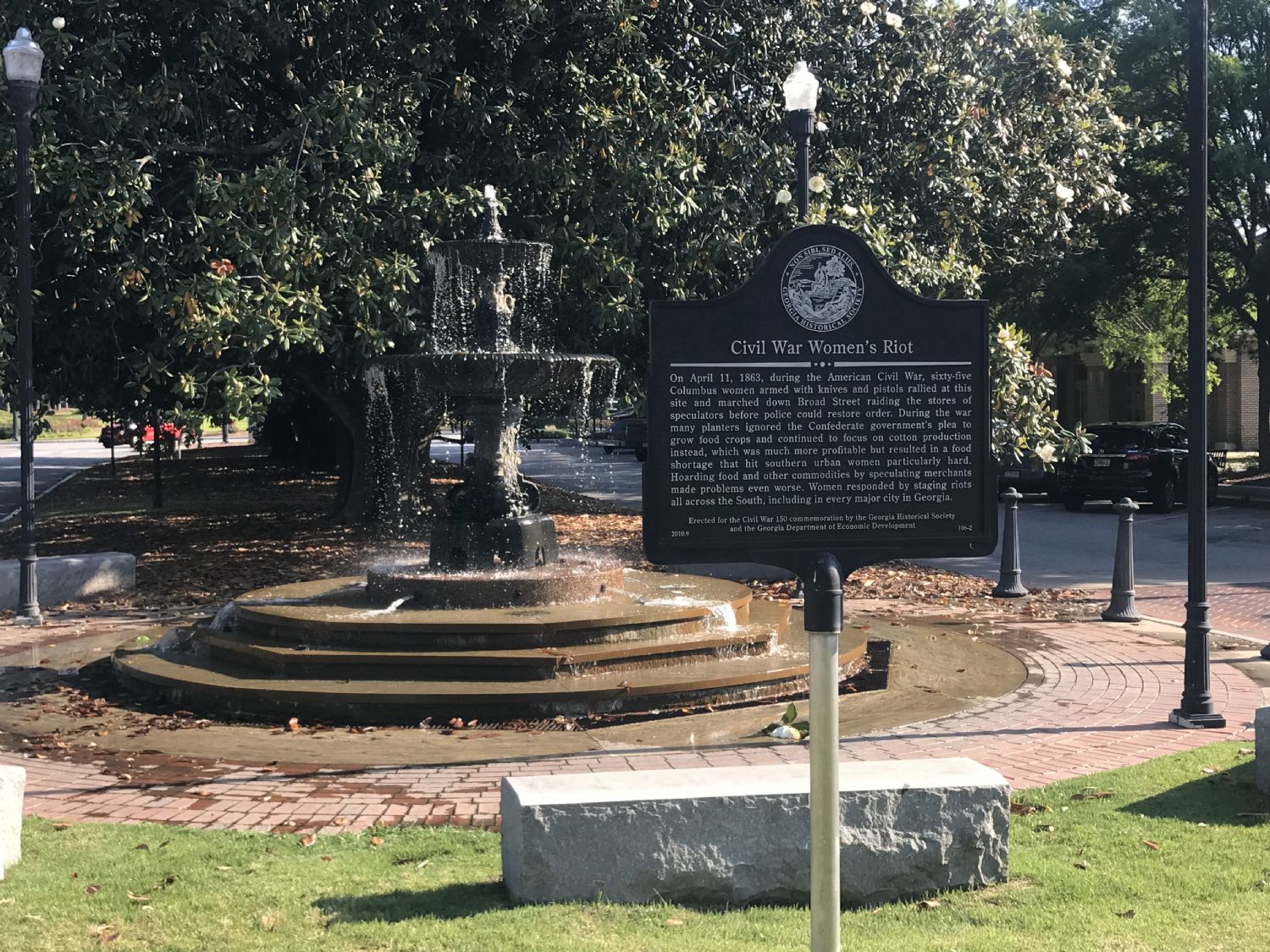 A fountain that cannot be missed on Broadway lies between the Downtown YMCA and Country’s BBQ on Broadway. 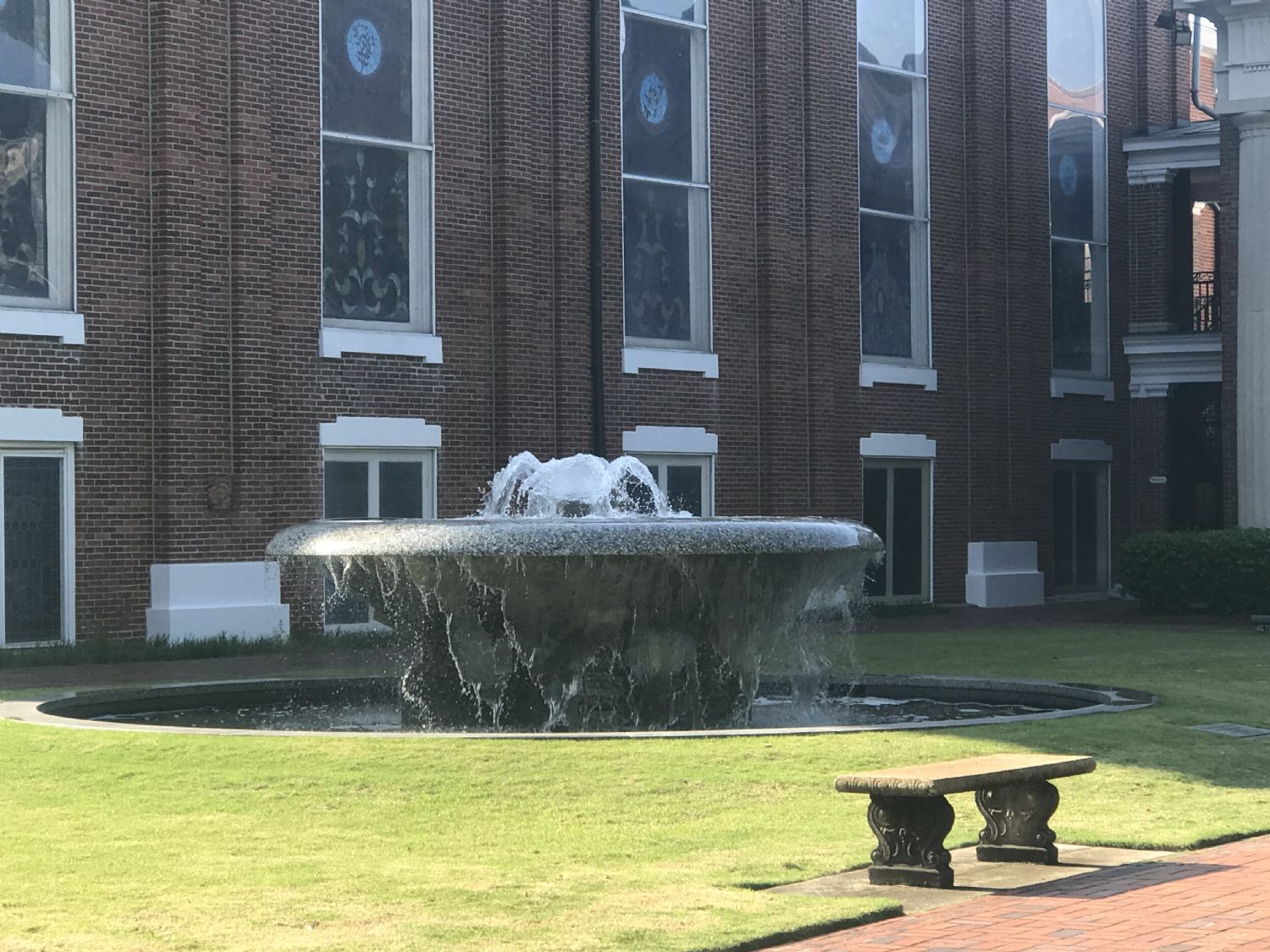 This is one of the larger fountains in downtown and sits outside of First Baptist Church of Columbus on 12th Street. This fountain is all that remains of a building that once stood on 13th Avenue near Midtown Columbus. The location was once home to the Muscogee County School District office. 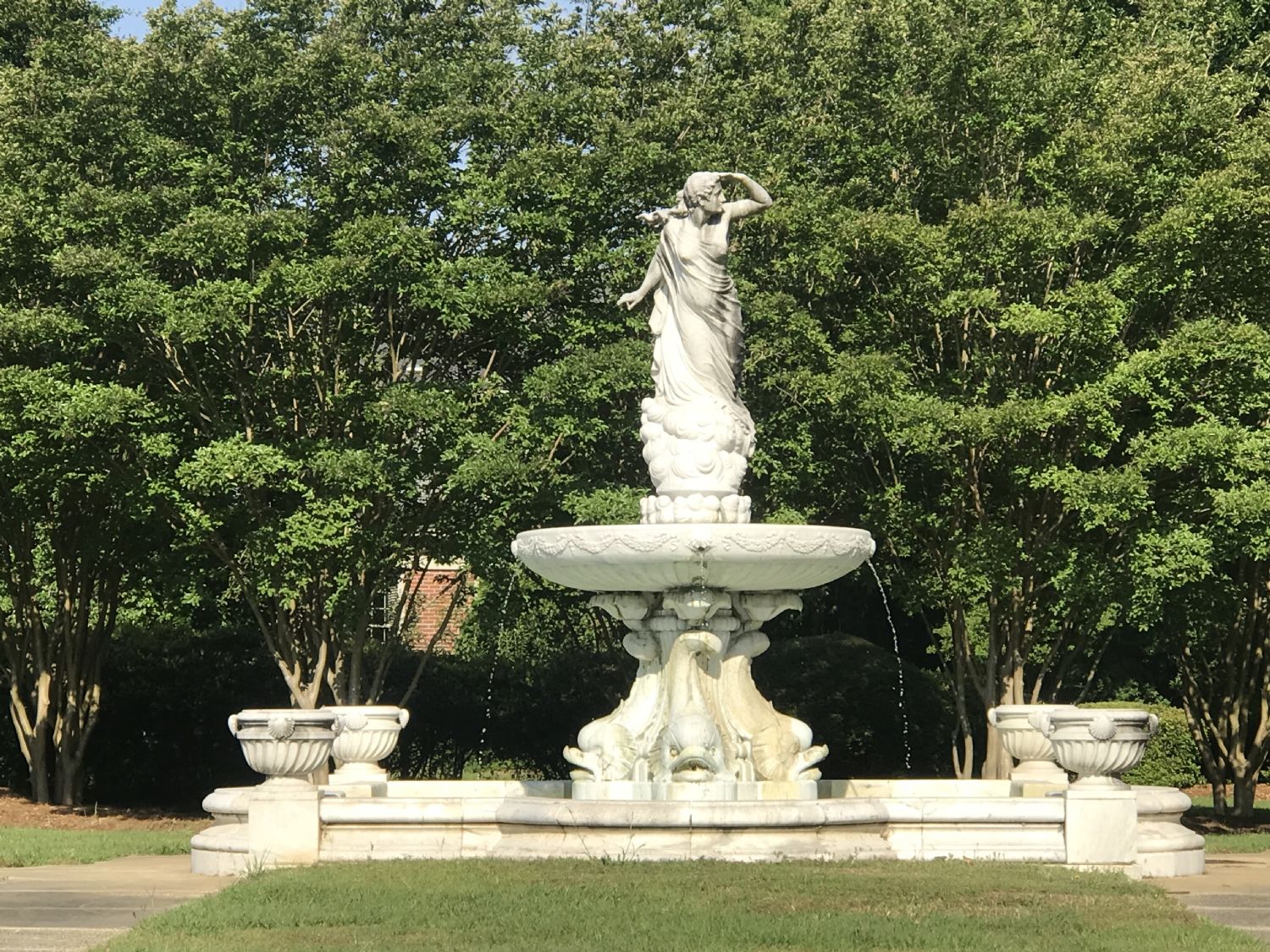 Visitors traveling along Wynnton Road between Midtown and Downtown encounter this iconic and mesmerizing statue at the intersection of Wynnton Road and 13th Avenue. 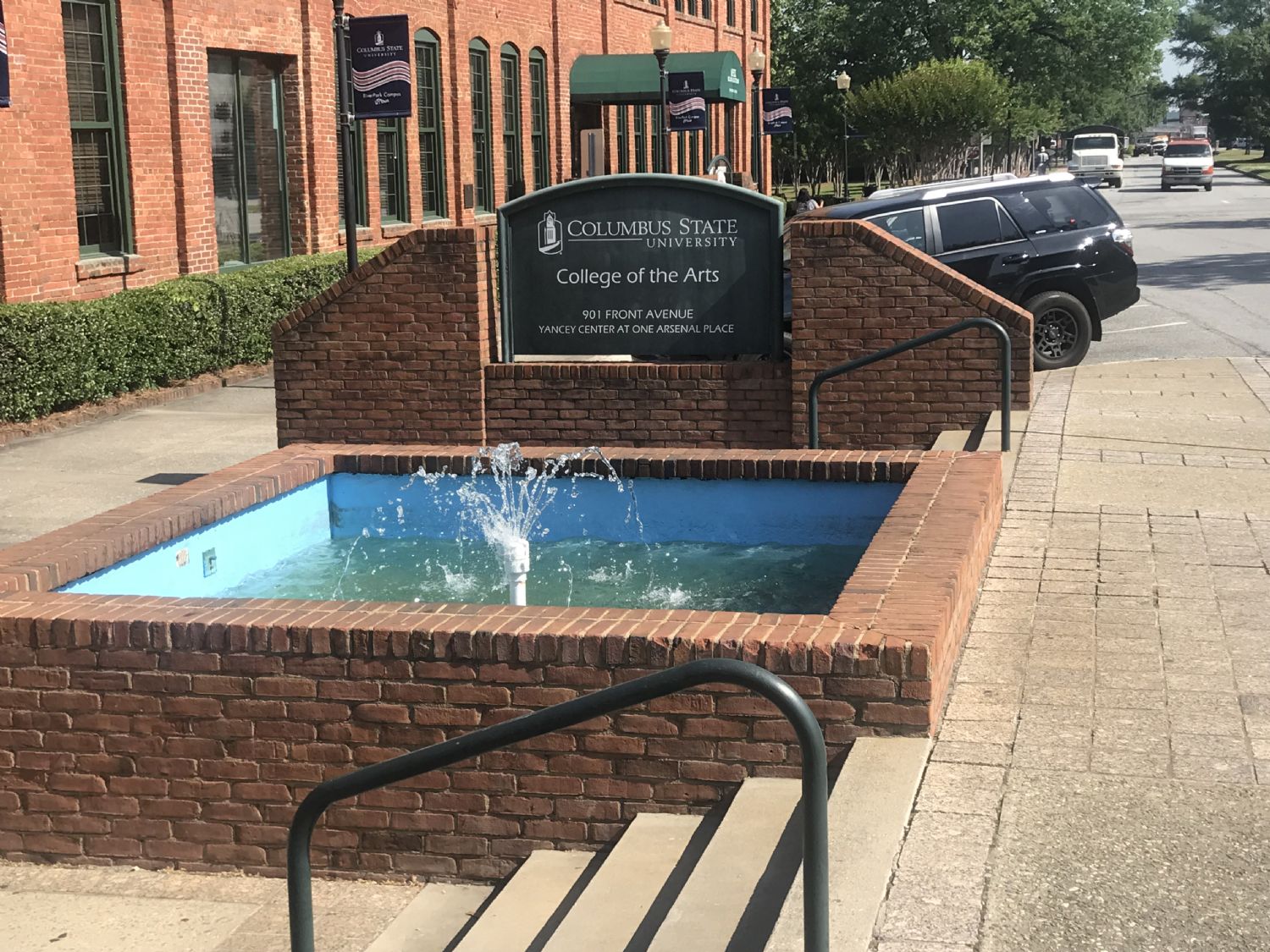 This fountain lies on Front Avenue in Uptown Columbus outside of the College of Arts at One Arsenal Place in Columbus. 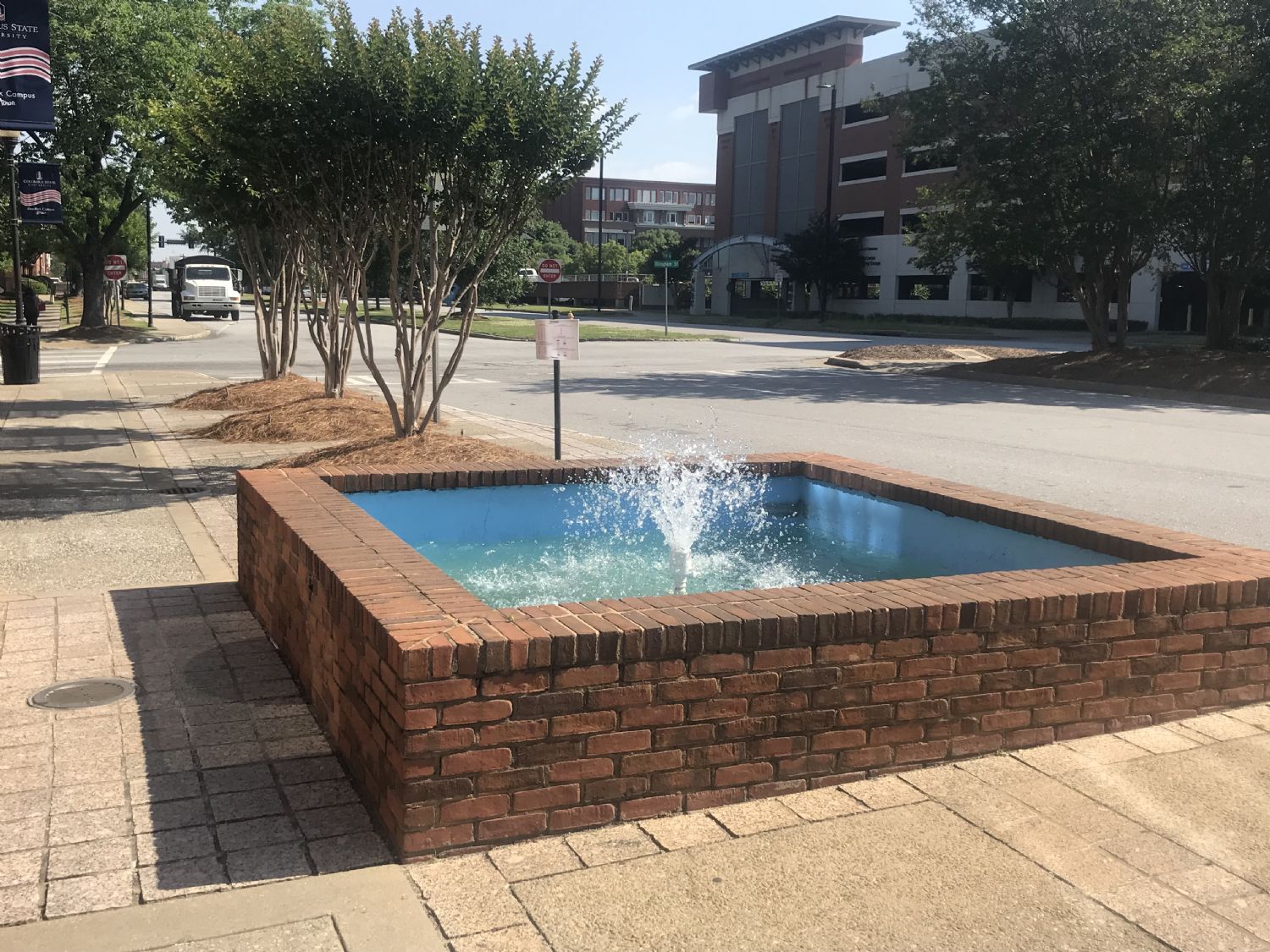 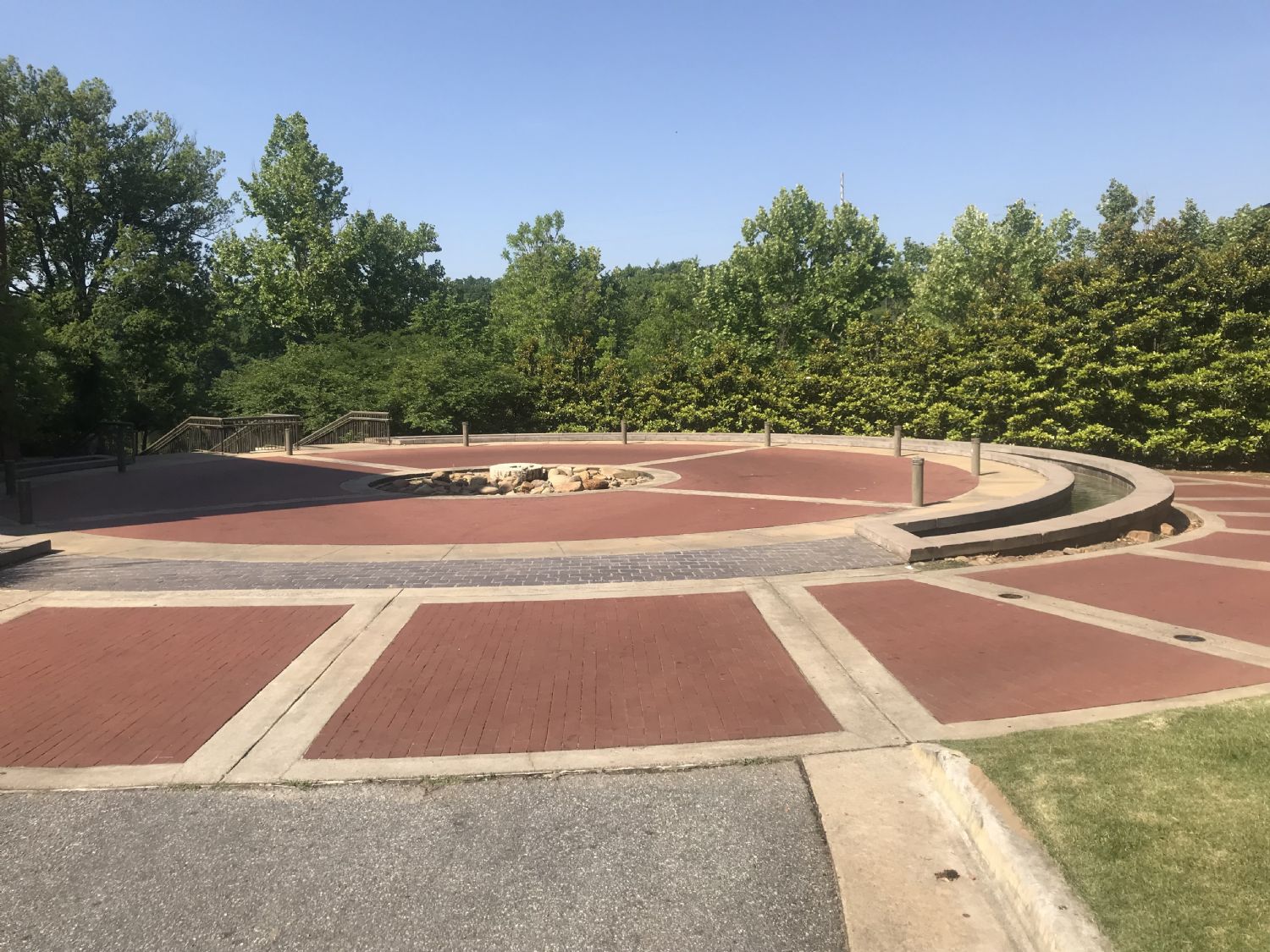 This is not Columbus’ latest roundabout this was once a giant fountain that blasted water in the air along the Chattahoochee Riverwalk near the Columbus Convention Center. 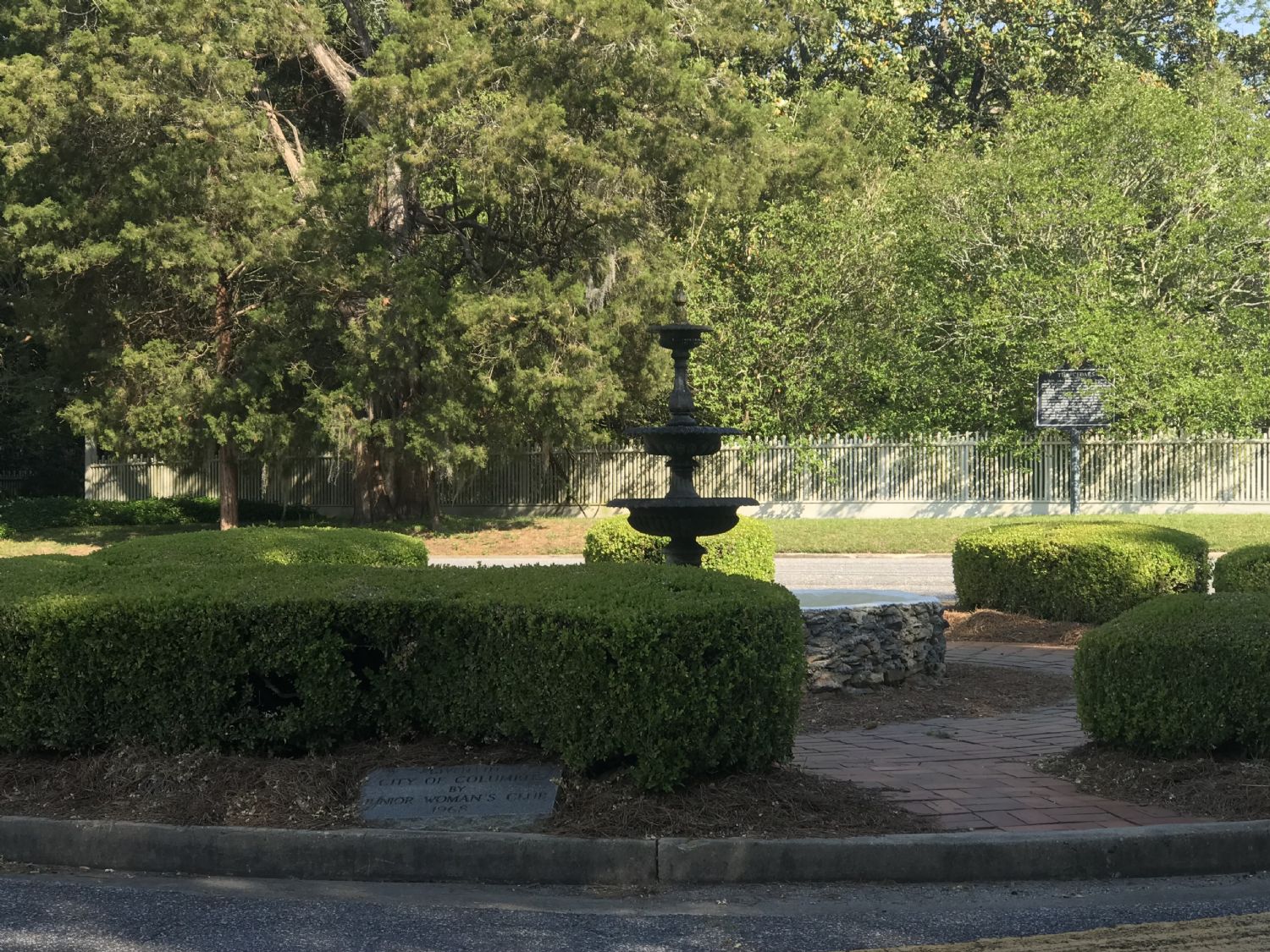 This fountain sits in the Midtown area of Columbus in the heart of a small intersection at 13th Street and Cedar Avenue. 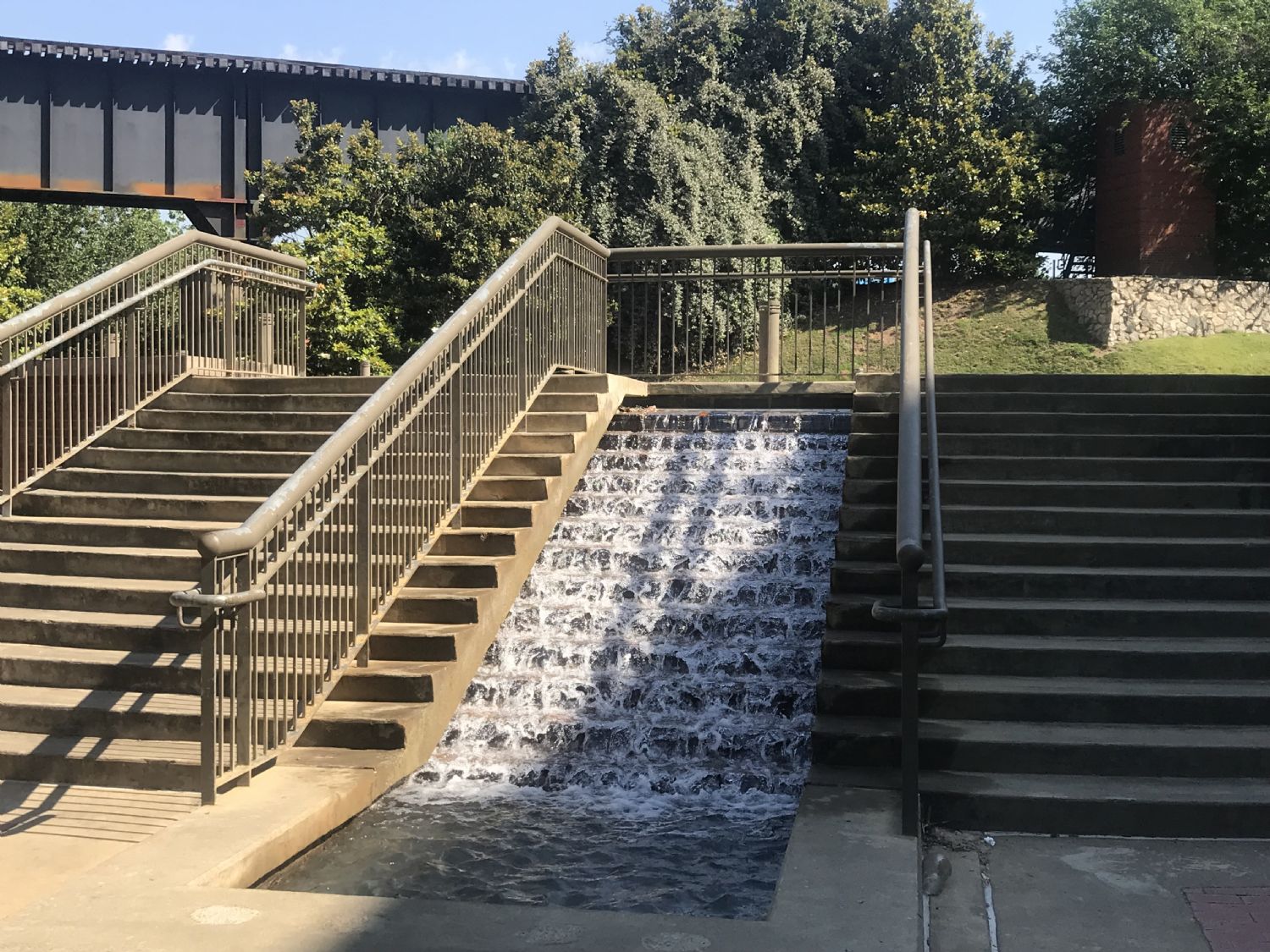 This beautiful fountain falls in between a set of stairs along the Riverwalk near the Columbus Convention Center. 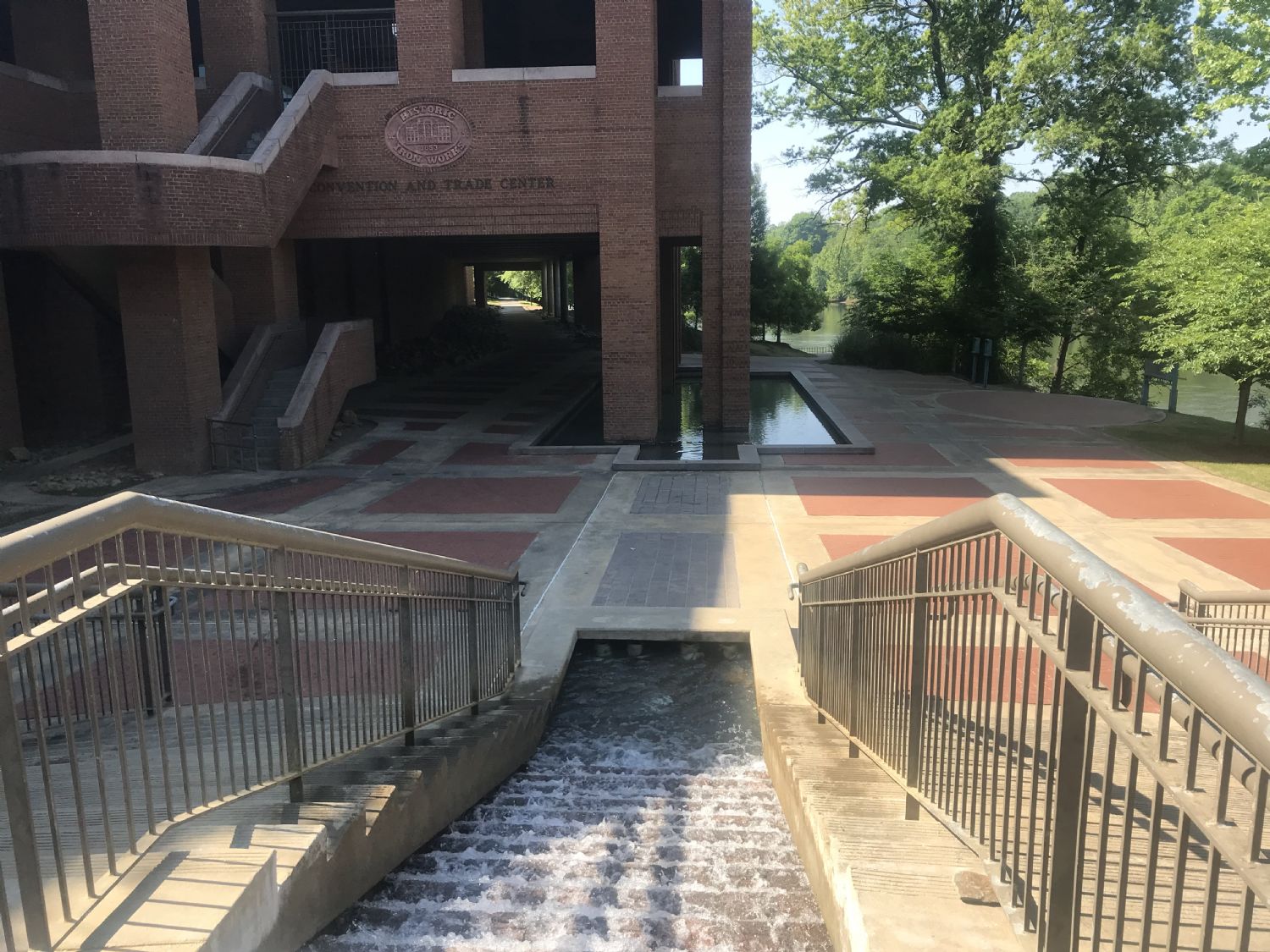 Another view of the stairway fountain along the Riverwalk near the Convention Center. 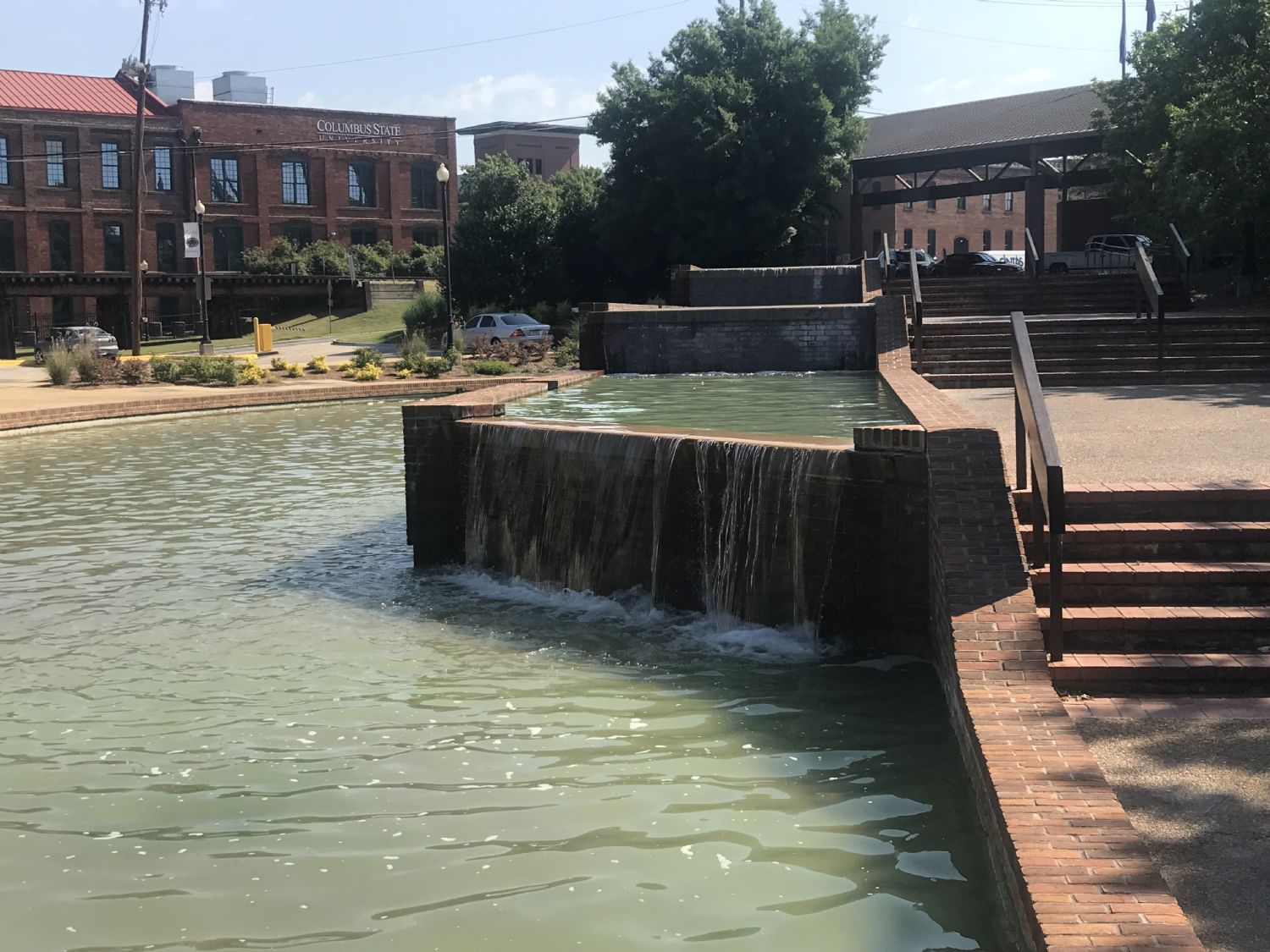 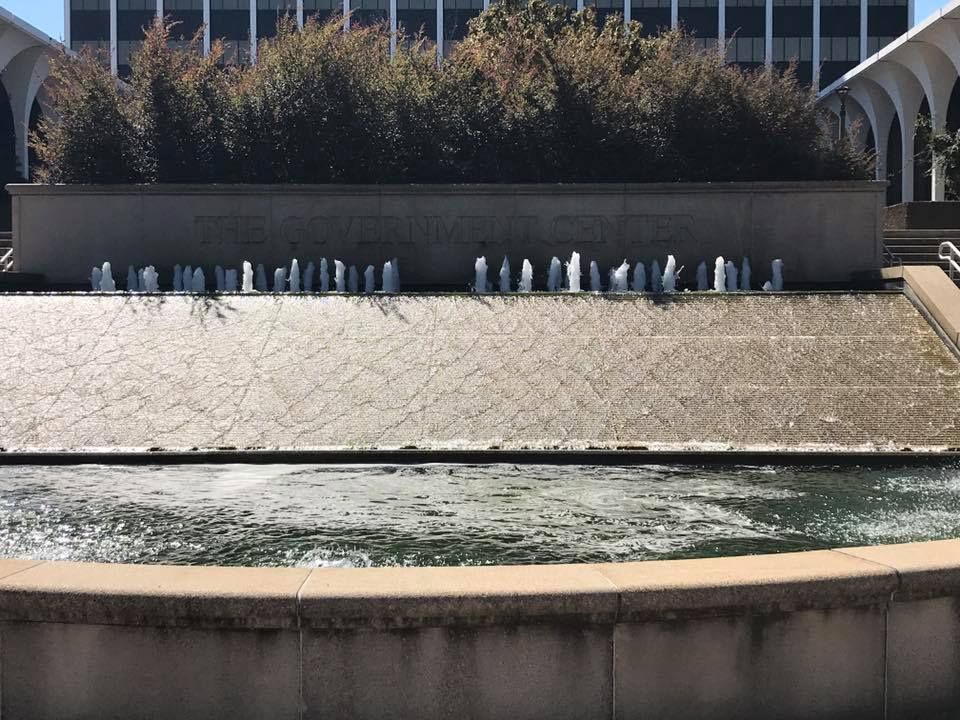 This Fountain sits outside of the Columbus Government Center in downtown. 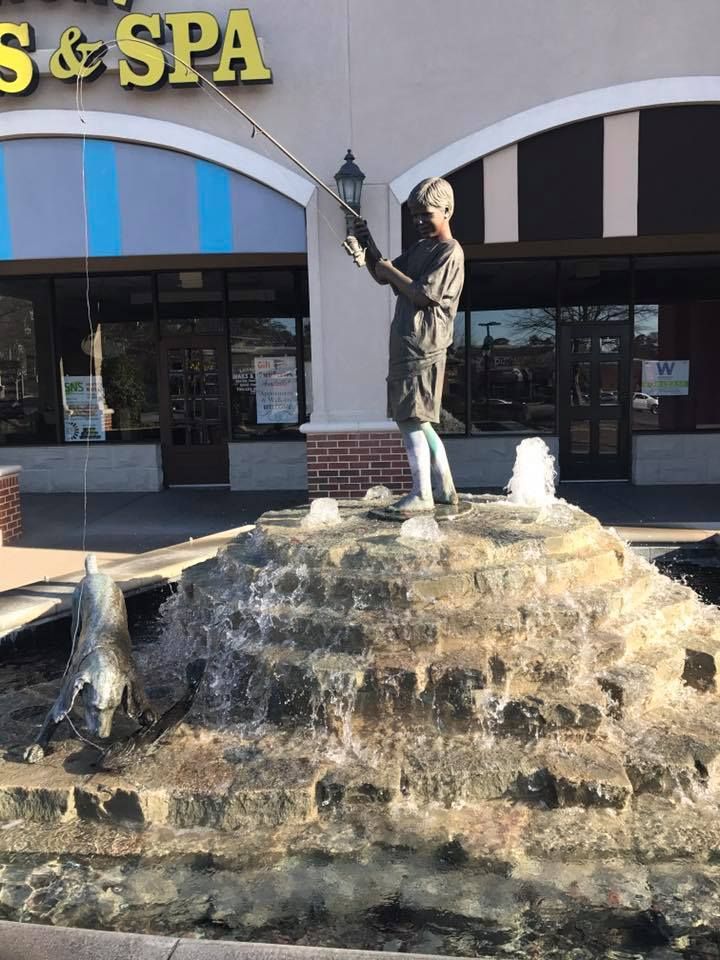 This fountain is eye candy to shoppers at The Landings Shopping Center on Airport Thruway. 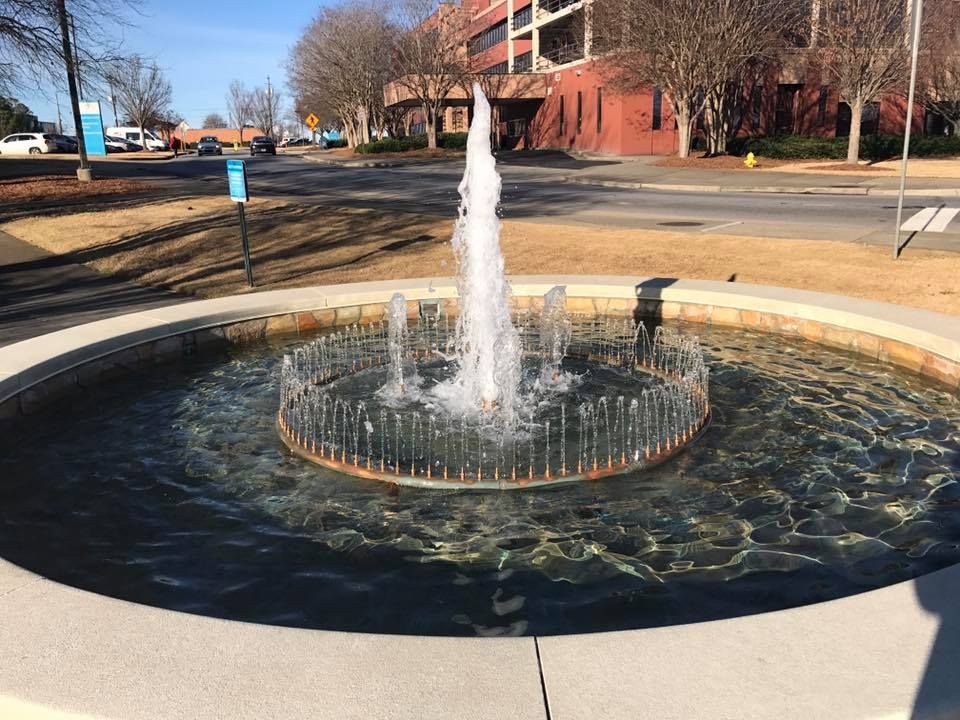 This fountain sits outside of the Piedmont Columbus Midtown Medical Center. 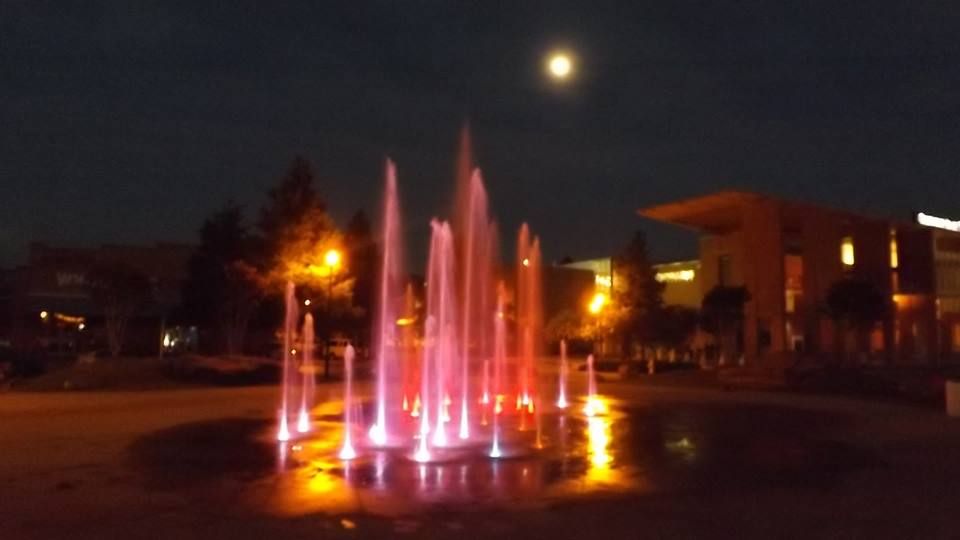 The Columbus Splash Pad park is a beautiful fountain at night time in Woodruff Park Uptown. 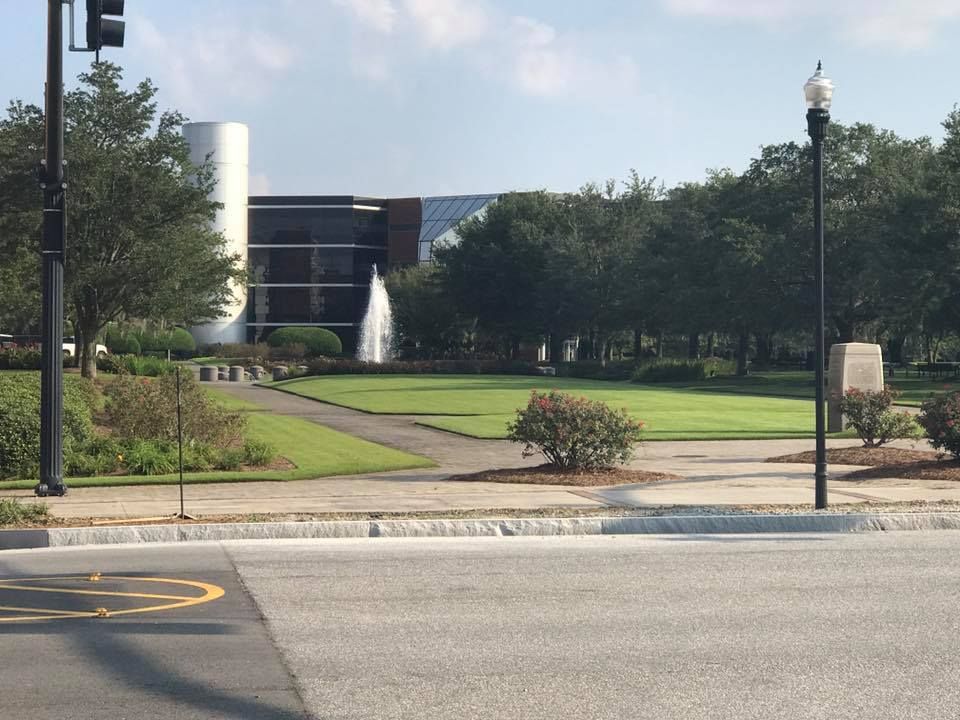 A beautiful fountain sours stories into the air in front of the campus of TSYS uptown.

These are just a handful of the fountains in Columbus, that help the city earn its nickname the Fountain City. There are numerous public and private fountains throughout the city of Columbus.